Special Issue on Gastric Cancer
Review Article
Laparoscopic surgery for gastric cancer: Current status and future direction
So Hyun Kang, Hyung-Ho Kim
2021, 33(2): 133-141. doi: 10.21147/j.issn.1000-9604.2021.02.01
Abstract(747) FullText HTML (887) PDF 356KB(31) [Cited by] ()
Abstract:
Gastric cancer is still a major cause of death worldwide. While laparoscopic gastrectomy (LG) has gained evidence as a standard treatment for early gastric cancer in the distal stomach, there are still concerns regarding its application for gastric cancer in the upper stomach and advanced gastric cancer. Nevertheless, LG has shown to have faster recovery, shorter hospital stay, less pain, and less blood loss in many retrospective and prospective studies. The application of LG has now extended from conventional radical gastrectomy to novel approaches such as function-preserving gastrectomy and sentinel-node navigated surgery. Studies on the use of laparoscopy in treatment for stage IV gastric cancer are rare, but show that there may be some roles of LG in selected cases. With the development of new laparoscopic tools that augment human ability, the future of LG should move on from proving non-inferiority to demonstrating superiority compared to the traditional open gastrectomy.

Recent updates and current issues of sentinel node navigation surgery for early gastric cancer
Sung Gon Kim, Bang Wool Eom, Hong Man Yoon, Chan Gyoo Kim, Myeong-Cherl Kook, Young-Woo Kim, Keun Won Ryu
2021, 33(2): 142-149. doi: 10.21147/j.issn.1000-9604.2021.02.02
Abstract(553) FullText HTML (916) PDF 409KB(30) [Cited by] ()
Abstract:
With the increase in the incidence of early gastric cancer (EGC), several endoscopic and laparoscopic approaches, such as endoscopic submucosal dissection and function-preserving gastrectomy, have been accepted as standard treatments. Sentinel node navigation surgery (SNNS) is an ideal surgical option for preservation of most parts of the stomach and consequent maintenance of normal gastric function to improve quality of life in patients with EGC. Although many previous studies and clinical trials have demonstrated the safety and feasibility of the sentinel node concept in gastric cancer, the clinical application of SNNS is debatable. Several issues regarding technical standardization and oncological safety need to be resolved. Recently several studies to resolve these problems are being actively performed, and SNNS might be an important surgical option in the treatment of gastric cancer in the future.

Current status and challenges in sentinel node navigation surgery for early gastric cancer
Satoru Matsuda, Tomoyuki Irino, Hirofumi Kawakubo, Hiroya Takeuchi, Yuko Kitagawa
2021, 33(2): 150-158. doi: 10.21147/j.issn.1000-9604.2021.02.03
Abstract(564) FullText HTML (708) PDF 309KB(14) [Cited by] ()
Abstract:
As an optimal surgical procedure to accurately evaluate lymph node (LN) metastasis during surgery with minimal surgical resection, we have been developing sentinel node (SN) biopsy for early gastric cancer since the 1990s. Twelve institutions from the Japanese Society of Sentinel Node Navigation Surgery (SNNS), including Keio University Hospital, conducted a multicenter prospective trial to validate the SN concept using the dual-tracer method with blue dye and a radioisotope. According to the results, 397 patients were included in the final analysis, and the overall accuracy in detecting LN metastasis using SN biopsy was 99% (383 of 387). Based on the validation study, we are targeting cT1N0 with a primary tumor of ≤4 cm in diameter as an indication for SN biopsy for gastric cancer. We are currently running a multicenter nonrandomized phase III trial to assess the safety and efficacy of SN navigation surgery. The Korean group has reported the result of a multicenter randomized phase III trial. Since meticulous gastric cancer in the remnant stomach was rescued by subsequent gastrectomy, the disease-specific survival was comparable between the two techniques, implying that SN navigation surgery can be an alternative to standard gastrectomy. With the development of SN biopsy procedure and treatment modalities, the application of SN biopsy will be expanded to achieve an individualized minimally invasive surgery.

Surgical treatment of gastric cancer: Current status and future directions
Jiahui Chen, Zhaode Bu, Jiafu Ji
2021, 33(2): 159-167. doi: 10.21147/j.issn.1000-9604.2021.02.04
Abstract(606) FullText HTML (897) PDF 181KB(30) [Cited by] ()
Abstract:
Surgery is the most important and effective method for the treatment of gastric cancer. Since the first gastrectomy in the early 19th century, surgical treatment of gastric cancer has undergone more than 100 years of development. With the increasing understanding of gastric cancer and the promotion of a series of clinical trials, the concept of gastric cancer surgery has evolved from the initial “bigger is better” to today’s “standardized surgery” and is developing towards individualized surgery focusing on accurate resection and quality of life. This trend has had a tremendous impact on the development of surgical treatments, such as minimally invasive surgeries, function-preserving surgeries, and the optimal extent of lymph node dissection. Understanding the development and current status of gastric cancer surgery and exploring the remaining academic controversies are goals that every gastric surgeon should constantly pursue. However, how should gastric cancer surgery develop in the future? What opportunities and challenges will we encounter? In this review, we elaborate on the development and current status of gastric cancer surgery based on a series of clinical studies and discuss the controversy in the development of gastric cancer surgery.
Screening for gastric cancer in China: Advances, challenges and visions
Xiaohan Fan, Xiangxiang Qin, Yang Zhang, Zhexuan Li, Tong Zhou, Jingying Zhang, Weicheng You, Wenqing Li, Kaifeng Pan
2021, 33(2): 168-180. doi: 10.21147/j.issn.1000-9604.2021.02.05
Abstract(654) FullText HTML (1346) PDF 304KB(42) [Cited by] ()
Abstract:
Gastric cancer (GC) is one of the major cancers in China and all over the world. Most GCs are diagnosed at an advanced stage with unfavorable prognosis. Along with some other countries, China has developed the government-funded national screening programs for GC and other major cancers. GC screening has been shown to effectively decrease the incidence of and mortality from GC in countries adopting nationwide screening programs (Japan and Korea) and in studies based on selected Chinese populations. The screening of GC relies mostly on gastroendoscopy, the accuracy, reliability and safety of which have been indicated by previous studies. However, considering its invasive screening approach, requirements on skilled endoscopists and pathologists, and a high cost, developing noninvasive methods to amend endoscopic screening would be highly needed. Numerous studies have examined biomarkers for GC screening and the combination of biomarkers involving pepsinogen, gastrin, and Helicobacter pylori antibodies has been proposed for risk stratification, seeking to narrow down the high-risk populations for further endoscopy. Despite all the achievements of endoscopic screening, evidence on appropriate screening age, intervals for repeated screening, novel biomarkers promoting precision prevention, and health economics need to be accumulated to inform policymakers on endoscopic screening in China. With the guide of Health China 2030 Planning Outline, we have golden opportunities to promote prevention and control of GC. In this review, we summarize the characteristics of screening programs in China and other East Asian countries and introduce the past and current approaches and strategies for GC screening, aiming for featuring the latest advances and key challenges, and illustrating future visions of GC screening.
Current status and future perspectives on neoadjuvant therapy in gastric cancer
Sheng Ao, Yuchen Wang, Qingzhi Song, Yingjiang Ye, Guoqing Lyu
2021, 33(2): 181-192. doi: 10.21147/j.issn.1000-9604.2021.02.06
Abstract(505) FullText HTML (933) PDF 223KB(25) [Cited by] ()
Abstract:
Gastric cancer, with high morbidity and mortality rates, is one of the most heterogeneous tumors. Radical gastrectomy and postoperative chemotherapy are the standard treatments. However, the safety and efficacy of neoadjuvant therapy (NAT) need to be confirmed by many trials before implementation, creating a bottleneck in development. Although clinical benefits of NAT have been observed, a series of problems remain to be solved. Before therapy, more contributing factors should be offered for choice in the intended population and ideal regimens. Enhanced computed tomography (CT) scanning is usually applied to evaluate effectiveness according to Response Evaluation Criteria in Solid Tumors (RECIST), yet CT scanning results sometimes differ from pathological responses. After NAT, the appropriate time for surgery is still empirically defined. Our review aims to discuss the abovementioned issues regarding NAT for GC, including indications, selection of regimens, lesion assessment and NAT-surgery interval time.
Current status of lymph node dissection in gastric cancer
Bin Ke, Han Liang
2021, 33(2): 193-202. doi: 10.21147/j.issn.1000-9604.2021.02.07
Abstract(536) FullText HTML (1017) PDF 182KB(28) [Cited by] ()
Abstract:
Gastrectomy with lymph node (LN) dissection has been regarded as the standard surgery for gastric cancer (GC), however, the rational extent of lymphadenectomy remains controversial. Though gastrectomy with extended lymphadenectomy beyond D2 is classified as a non-standard gastrectomy, its clinical significance has been evaluated in many studies. Although hard evidence is lacking, D2 plus superior mesenteric vein (No. 14v) LN dissection is recommended when harbor metastasis to No. 6 nodes is suspected in the lower stomach, and dissection of splenic hilar (No. 10) LN can be performed for advanced GC invading the greater curvature of the upper stomach, and D2 plus posterior surface of the pancreatic head (No. 13) LN dissection may be an option in a potentially curative gastrectomy for cancer invading the duodenum. Prophylactic D2+ para-aortic nodal dissection (PAND) was not routinely recommended for advanced GC patients, but therapeutic D2 plus PAND may offer a chance of cure in selected patients, preoperative chemotherapy was considered as the standard treatment for GC with para-aortic node metastasis. There has been no consensus on the extent of lymphadenectomy for the adenocarcinoma of the esophagogastric junction (AEG) so far. The length of esophageal invasion can be used as a reference point for mediastinal LN metastases, and the distance from the esophagogastric junction to the distal end of the tumor is essential for determining the optimal extent of resection. The quality of lymphadenectomy may influence prognosis in GC patients. Both hospital volume and surgeon volume were important factors for the quality of radical gastrectomy. Centralization of GC surgery may be needed to improve prognosis.

Review Article
Clinical challenges in neoadjuvant immunotherapy for non-small cell lung cancer
Hanfei Guo, Wenqian Li, Lei Qian, Jiuwei Cui
2021, 33(2): 203-215. doi: 10.21147/j.issn.1000-9604.2021.02.08
Abstract(492) FullText HTML (1028) PDF 232KB(23) [Cited by] ()
Abstract:
Immune checkpoint inhibitors (ICIs), a type of immunotherapy, have become one of the most important therapeutic options for first- and second-line treatment of advanced non-small cell lung cancer (NSCLC). Recent clinical studies have shown that immunotherapy can offer substantial survival benefits to patients with early-stage or resectable advanced NSCLC. However, considering the importance of timing when using ICIs and their associated adverse events (AEs), the advantages and disadvantages of using these agents need to be weighed carefully when deciding the use of a combined treatment. In addition, the inconsistency between imaging assessment and pathological results poses further challenges to the evaluation of efficacy of neoadjuvant immunotherapy. It is also important to develop new methodologies and discover suitable biomarkers that can be used to evaluate survival outcomes of immunotherapy and identify patients who would benefit the most from this treatment. In this review, we aimed to summarize previous results of ongoing clinical trials on neoadjuvant immunotherapy for lung cancer and discuss the challenges and future perspectives of this therapeutic approach in the treatment of resectable NSCLC.
Novel therapies targeting hypoxia mechanism to treat pancreatic cancer
Wenhao Luo, Jiangdong Qiu, Lianfang Zheng, Taiping Zhang
2021, 33(2): 216-231. doi: 10.21147/j.issn.1000-9604.2021.02.09
Abstract(398) FullText HTML (698) PDF 1434KB(18) [Cited by] ()
Abstract:
Pancreatic cancer (PC) is one of the deadliest malignancies. The high mortality rate of PC largely results from delayed diagnosis and early metastasis. Therefore, identifying novel treatment targets for patients with PC is urgently required to improve survival rates. A major barrier to successful treatment of PC is the presence of a hypoxic tumor microenvironment, which is associated with poor prognosis, treatment resistance, increased invasion and metastasis. Recent studies have identified a number of novel molecules and pathways in PC cells that promote cancer cells progression under hypoxic conditions, which may provide new therapy strategies to inhibit the development and metastasis of PC. This review summarizes the latest research of hypoxia in PC and provides an overview of how the current therapies have the capacity to overcome hypoxia and improve PC patient treatment. These findings will eventually provide guidance for future PC management and clinical trials and hopefully improve the survival of patients with PC. 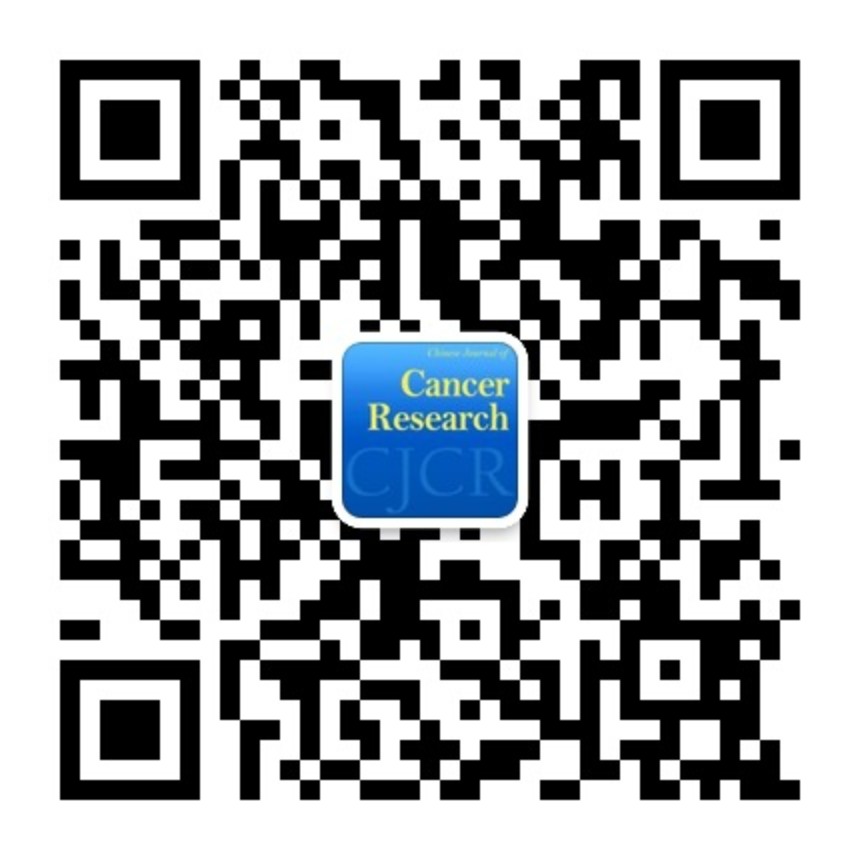